Home > Information & Support > How Do I Prepare A Statement To Enforce A Child Arrangement Order? 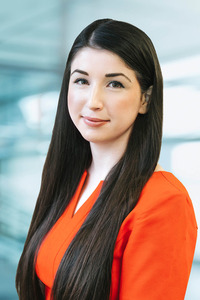 Victoria joined Machins in January 2017 as a Paralegal in the Private Client department.  She is now in her second seat as a trainee solicitor in the Public Family team in Luton.

In recent months separated parents have found themselves in unprecedented times trying to navigate child arrangements whilst complying with covid-19 lockdown restrictions.  In March 2019 the President of the Family Court, Sir Andrew McFarlane, made it clear that where parents do not live in the same household, children under 18 can be moved between their parents’ homes.  This means that the terms of existing child arrangements order are still enforceable, unless parents decide to vary any arrangements by mutual agreement.  In spite of this, there has been an increase in parents seeking to change existing orders using Covid-19 as an excuse to the frustration of the other parent, who may then have to make an application to the court to enforce the existing order.

Parents should avoid temptation to reiterate their historic relationship with their former partner which led to the demise of their relationship, and take this as an opportunity to badmouth the parenting ability of the parent who has breached the order.

An application to enforce a child arrangements order should be made on form C79, together with a statement of support explaining why you are making the application.  When writing an enforcement statement it is important to ensure that you focus on the facts and the issues which have resulted in the breach of the order.  When giving legal advice, we often advise our clients to consider the case from the judge’s perspective, bearing in mind that the child’s welfare is the court’s paramount consideration.

Emotions are often high with the parent being frustrated that the parent with main care has failed to comply with the terms of the order.  The court is likely to sympathise with the situation that the applicant finds themselves in, unless the arrangements have been changed for good reason, but parents should avoid temptation to reiterate their historic relationship with their former partner which led to the demise of their relationship, and take this as an opportunity to badmouth the parenting ability of the parent who has breached the order.  Whilst the applicant may believe that this shows the other parent is unfairly dictating arrangements in spite of the order, the court is not interested in using the child as a pawn between the parents, and may feel that the applicant is wasting the court’s time by rehashing old issues that have already been determined when the existing court order was made.  This can also have a negative impact on the child, in the event the child overhears one of their parents speaking negatively of the other, and they are then caught in the middle.  The presumption is that the child should have contact with both parents, and unless there are welfare concerns or a change in circumstances which would adversely impact on the child, the court will only be interested in the incident or incidents that has resulted in a breach of the order.

When writing a statement the applicant should try to follow a comprehensive structure which will give the judge a clear and concise overview as to why the application is being made.  A suggested format would be:

The applicant should focus on sticking to the facts of the statement, and the tone of the statement should remain formal throughout. For example, an applicant might write “I know their Father is doing this to get back at me! It’s typical that he is being selfish, dictating the rules and he was the same during our relationship, always thinking about himself.  I know that he is a new relationship and won’t even spend time with our child and will just leave him/her with his new girlfriend who my child doesn’t even know.  I know he just wants me out of the picture and focus on his new family with her.” whilst a solicitor or independent person may instead write “The applicant is concerned about the respondent’s motivations and the child’s wellbeing.  The applicant believes the respondent is in a new relationship and the child is spending much time with her rather than with him or with the applicant. She considers this is not having full regard to the wishes and feelings of the child.”

In the first example the Applicant is primarily concerned with how this removal has affected her whilst in the second example the focus is on the welfare of the child, which is the court’s paramount consideration.  The person reading the statement is ultimately the judge, and the information included should therefore be different to how the applicant may explain their frustrations to a friend or family member.  The applicant may also include any previous incidents where the other parent has breached the terms of the court order, and any efforts that have made to contact the child.  If there are any immediate concerns for the welfare of the child, the applicant should contact the police.

Once the court has received the application, the court will consider whether the facts of the alleged breached are agreed, or whether it is necessary to conduct a hearing.  Throughout the court process, the judge will consider how to ascertain the wishes and feelings of the child, assess and manage any risks of making a further order and consider whether a parenting course is appropriate. The Judge will then decide whether an enforcement order is appropriate and refer to the welfare checklist.  The welfare checklist is a set of factors set out in section 1 (3) of the Children Act 1989 which the court has to consider before making, varying, or discharging a child arrangements order.  The factors include but are not limited to; the ascertainable wishes and feelings of the child, the physical emotional and education needs, the likely effect of any change in circumstances, and the age, sex, background or any characteristics of the child.

If the court is satisfied beyond all reasonable doubt that a person has failed to comply with a child arrangements order, it may make an enforcement order. The order can impose on the person an unpaid work requirement; an order for compensation for any financial loss; or in extreme cases an order for committal for prison which might be suspended on compliance. The court can also switch the child’s living arrangements if that is felt to be in the child’s best interests. The court will not make an enforcement order, if they are satisfied that the person who breached the order had a reasonable excuse

101 Question Answered About Separating With Children

Our publication is now in its 2nd edition. Fully revised and updated with COVID information it will help any parent going through a separation. More information here........