Home > (Almost) Anything But Family Court > What Happens After Mediation? 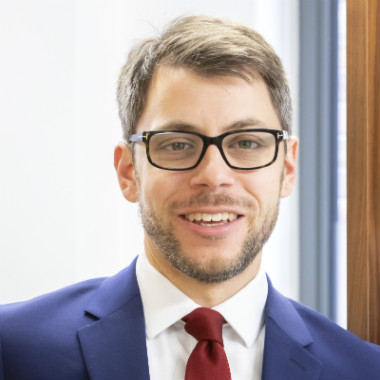 Peter is an FMC accredited mediator and family law solicitor. He advises and mediates on all aspects of family law.

So, you and your partner have spent hours with a mediator painstakingly looking at different outcomes and options and come up with an outcome which you can both live with. What happens next? This article aims to answer that question.

How does a mediated agreement become binding?

It should have been explained by your mediator that reaching an outcome in mediation does not mean you have a binding agreement. There are established rules and procedures in place which deal with how the outcome you have negotiated is turned into an agreement.

Being able to resolve any disagreement between yourselves rather than requiring a third party to make a decision on your behalf means that parties find it easier to accept responsibility and have some closure on a process which is emotionally bruising.

The first thing that you and your partner will need to do is be given the option of taking legal advice on the outcome. Ideally, the parties should be represented throughout the mediation process so that the views elicited and put forward by them during the mediation can be with the benefit of legal advice. If they’ve not been able to take advice or haven’t done so for some other reason, probably the next step would be for them to have a meeting with a solicitor so that they can receive advice.

The mediator is not able to advise the parties during the process. They are only able to provide information. The difference between advice and information is a subtle one – broadly as I explain it to my clients in mediation, information is anything which, if you knew where to look, you could find on Google. Advice is the application of information to your particular circumstances.

The mediator is able to say whether an outcome reached between the parties is outside of the bracket. The job of the lawyer, though, is to weigh up all the circumstances of the case and to consider whether or not the outcome is an outcome that is fair to the client and that the client is willing to accept in exchange for a compromise of any claim arising.

Hopefully, with a mediator’s help, the parties will already have considered the aspects of the case which might give cause for concern to a solicitor giving advice afterwards. If they have done so, the process of obtaining advice and converting the outcome into a legally binding agreement should be straightforward.

The second document is a ‘without prejudice’ document called a Memorandum of Understanding. The Memorandum of Understanding sets out a narrative summary of the proposals made by the parties to each other and the outcome that has been reached. It will probably provide some explanation to the solicitor looking at this deal afterwards about why the parties arrived at the outcome that they did.

The Memorandum of Understanding and Open Financial Statement should be provided to your solicitor. This will be the cornerstone of the advice that will be given. There is no obligation on the parties to take advice but if they have both had the opportunity to do so they can proceed to the conversion of the Open Financial Statement and Memorandum of Understanding into the documents which will make a legally binding agreement.

In the case of finances, the documents are as follows:

In relation to children matters, the parties have number of options. Under the Children Act, the court does not make anorder unless the parties ask it to. Therefore, usually, there is no court order for child arrangements following divorce.

Sometimes, if proceedings have already been started or if there is a particular reason why the parties need a court order (for example international relocation), the parties can collaborate to make an application for an order under the Children Act and then lodge a consent order to be approved by the court at a later date.

More often than not, after mediation, the child arrangements can be set out in either a session note produced by the mediator or a parenting plan. The parenting plan gives the parties an opportunity to set out not only the actual arrangements reached but also some more broad-brush elements of their agreement which perhaps would not be put into a court order. These might include, for example, some statements about the ethos they are going to follow as co-parents. It is likely to include the minutiae of everyday life as well.

Parenting plans are not binding. They are a written record of whatthe parties have agreed. Even a Child Arrangements Order itself is subject to variation depending on what is in the child’s best interests.

Once the documents have been perfected, (and in the case of the Finance Order on divorce or dissolution and the Children Act Order, have been approved by the court), the parties can proceed to implement the terms of their agreement. The final step would be to apply for the decree absolute/final decree on divorce.

Other aspects that need to be considered

The parties may also need to consider, when taking advice on any outcome reached in mediation, whether they require either financial advice or accountancy advice (for example in relation to tax and structuring) and also whether they ought to be making a new will.

Often any agreement reached in mediation will encompass the arrangements if one of the parties dies. On decree absolute or a final order on a dissolution of a civil partnership, any existing will takes effect as though the other spouse died on the date of the decree absolute or final decree as the case may be. Therefore, there is usually agood opportunity at this stage for updating any will or enteringinto a codicil. If the parties have discussed and agreed child arrangements, they may also like to agree any guardianship provisions in respect of wills going forward.

Sometimes it may be necessary to come back to mediation later on. Mediation is a versatile option in any number of situations and I have myself mediated a number of implementation issues. These have included things like house prices changing from what has been agreed, variations of maintenance and changes to the child arrangements regime.

If it’s not binding, could it all fall apart?

In my experience it is quite unusual for parties to moveaway from an outcome agreed in mediation even if they have taken advice. The process can be emotionally draining and difficult but generally speaking has a good track record of producing outcomes that parties do not move away from. Because the mediator themselves has not been involved in advising or directing the parties towards a particular outcome, they often feel that they can take ownership of the decision-making process in a way in which is more difficult if they have pursued a more adversarial route such as solicitor led negotiations or court proceedings.

Being able to resolve any disagreement between yourselves rather than requiring a third party to make a decision on your behalf means that parties find it easier to accept responsibility and have some closure on a process which is emotionally bruising.

The most successful mediations often result in a consensus being reached that neither party anticipated at the beginning. For example, I mediated a case about an internal relocation where one party wanted to remain in London and the other wanted to move to Sussex. By looking at the proposal side by side and discussing them in an adult and calm way, the parties were able to agree which option was the best for them as a family going forward. They took ownership over the planning process and I am pleased to report they left the mediation process together happy with the decision that they had reached and with the guidance and structure provided to them by me as a mediator.

Of course, not all outcomes are as successful or happy. Often parties will feel perhaps that they did not get the best deal they could, and it is a trite saying among family lawyers and mediators that if both parties feel that the deal was not quite what they were looking for, it is probably within the bounds of a fair outcome. There is certainly some truth in that and often advising after mediation as a solicitor you can tell by their reluctance to re-engage or open up negotiations again that actually there is an acceptance that that is the case.

In an ideal world, a comprehensive mediation process should cover all eventualities but sometimes it is necessary to return to deal with unexpected circumstances. Maintaining a good relationship with a mediator so that they can provide clarification or offer further sessions of mediation if needs be, is important for the participants. At the end of every mediation I always offer to host further sessions if the parties would like me to.

Find out what all your options are; saving you time, money and stress...... 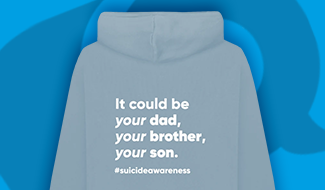