Home > Information & Support > COVID19: What Are The Alternatives To Going To Court? 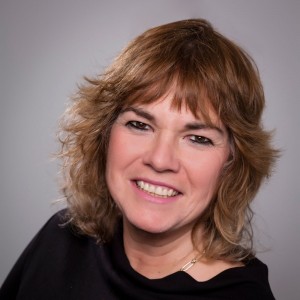 The impact of COVID-19 on the family judicial system is severe.

With the full support of the President of the Family Division, ‘out of court’ dispute resolution is poised to become the ‘new normal’. Below are the most common forms of alternatives to court and when they might be used.

The couple may want an early ‘steer’ in relation to specific disputed issues or their circumstances generally. An early neutral evaluation would be undertaken by a solicitor, barrister or arbitrator jointly instructed by the couple either in person or through their legal advisors. This not advice. It is purely a general overview of the case from someone who is not taking sides. Neutral evaluation at an early stage can provide clarity for the couple before they become positional and incur unnecessary cost.

Due to the government requirement to attend a Mediation Information and Assessment Meeting or ‘MIAM’ prior to the issue of a Form A (financial proceedings) or Form C100 (children proceedings), mediation is the form of out of court practice best known to the public.

The mediator is a jointly instructed neutral facilitator. Following safeguarding checks and, in financial cases, full financial disclosure, their role is to assist the couple in reaching their own outcome. They will negate any power imbalance between the couple and will explore a variety of options with them. If they feel that independent advice is needed by either or both of the couple (as a mediator they can only provide information from a neutral position) they will flag this up.

Mediation can take place face to face or in separate rooms. In some cases solicitors may be present to provide support and immediate advice alongside the process. This is particularly useful in cases where conflict between the couple is high.

Although the couple may find a plan with which they are happy to move forwards, this will not form a binding agreement until they have had the chance to run it past their own solicitor, thereby providing a second ‘check’ for the suggested outcome, which must be within the bracket of what a judge would order.

In child mediation it is possible for the children to have their own confidential meeting (with the agreement of themselves and their parents) so that their voice, although not determinative, can be heard and considered by Mum and Dad.

Ideally mediation will achieve resolution of all issues. If, however some points remain outstanding, arbitration, rather than court, may be the most time and cost efficient means of adjudication.

If the couple cannot agree, an arbitrator can be jointly instructed to make a decision over all or just some outstanding issues. The arbitrator will be paid by the couple but because the process is so much quicker and more bespoke than the court service the overall cost (financially and emotionally) will be significantly less. Benefits include:

Most court cases settle at or shortly after the FDR stage following an indication from a judge who has heard the issues but not evidence. This can be replicated on a private basis at any stage (if necessary more than once) to help guide the couple to settlement. Choice of date and location assist convenience.

A new way of working but using tested alternatives to court, providing the couple with certainty of duration and cost. An arbitrator is appointed to have overall control of the case. Solicitors provide preliminary advice and deal with disclosure. A mediator then facilitates discussion. If issues are resolved the arbitrator delivers an award (finances) or determination (children) which the solicitors turn into an order by consent. If  issues are unresolved the arbitrator will adjudicate all or the outstanding issues. The process will be completed within about 6 months which is parallel to the time required to achieve a divorce. Costs are limited by the point at which resolution is achieved.

The couple and their lawyers will sign a participation agreement confirming that they will work together to resolve all issues by agreement, excluding the possibility of a court application. They will do so via face to face meetings and both lawyers will give their advice openly in front of the couple. Due to the fact that were the process to break down both lawyers could no longer act, the process had become less popular but with court fast becoming such an unattractive option it is hoped to become more prevalent again.

101 Questions Answered About Separating With Children

You may find our publication a useful resource if you are looking for support and advice through your separation. You can find more information here......