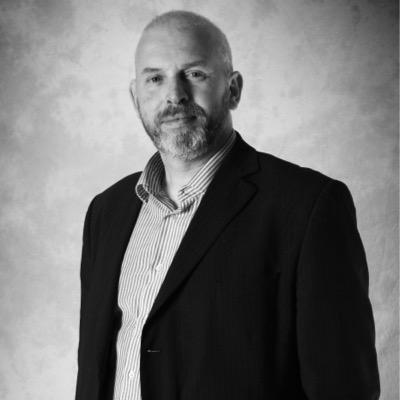 Chris has over 25 years’ experience specialising in financial and children arrangements following separation, divorce, and relationship breakdown. He is one of a limited number of dual qualified Resolution and Children Panel Accredited Specialists in the country, recognition of expertise in assisting clients through the whole legal process including appeals to the High Court and Court of Appeal.

Remember the good old days when you had to put pen to paper and stick a stamp on it to share the written word with another? If like me you do, then you’ll understand that “snail mail” wasn’t exactly the best form of communication for a quick exchange of pleasantries, or quite so effective as causing instantaneous disagreements that seems to be the case with more modern forms of electronic and other social media.

The number of people suggesting that a partner’s private email notification has popped up on the family’s iPad is definitely on the increase, meaning that private liaisons are brought literally to the heart of the family.

As the world exploded into the digital age, society had to get to grips with email and texting in short succession. Roll on a generation and we were blessed, or cursed depending on your view, with Friendsreunited, closely followed by Facebook and its ilk, then more recently other social media sharing platforms and more intimate dating apps.

Depending on your generation, they’re all different ways of meeting and getting in touch with long but perhaps not forgotten former, or indeed new, acquaintances and a major cause of contributing to relationship breakdown.

What might have previously required attendance at an old school reunion, or a night out on the town, the re-sparking an old or new flame is now much closer to hand, literally, with mobile phones now accounting for more than half and an increasing share of web browsing and therefore allowing much easier and private accessibility, to getting in touch with others.

The extent to which Facebook and other electronic media are cited in relationship breakdowns and divorce petitions is nothing new, I managed to locate a Guardian article going back to 2004 in researching this article. It’s a lot and increasing, but really is just a new way to perform old tricks.

What is perhaps a more modern phenomenon is the electronic footprint, and therefore “proof” such information leaves, especially if the less technologically adept amongst us aren’t quite sure about privacy settings and ability to control what the outside world sees. The number if people suggesting that a partner’s private email notification has popped up on the family’s iPad is definitely on the increase, meaning that private liaisons are brought literally to the heart of the family.

It therefore follows and is increasingly apparent that individuals are becoming aware, or at least receiving confirmation or a “tip-off”, of their partner’s activities through their social media activity, if not directly, via concerned third-party “friends”. And if settings aren’t switched to private then the whole world knows not just the ones from whom the illicit secret has been kept. “Airing dirty linen in public” gets a very modern and much wider sharing than might have been the case in days gone by.

What perhaps is not quite as well understood is the extent to which other agencies are able and do access such publically available information to inform their own decision making. On more than one occasion I’ve received “evidence” from a local authority’s social services team within Public Law children proceedings that has consisted of printed pages from an individual’s Facebook account, setting out their weekend misdemeanours or referring to their friendship with another as confirmation of a relationship.

It’s hard to argue about when presented with such ”facts” and who can blame hard pressed social workers for doing so when they are easily able to from an office computer? Protesting invasion of privacy will fall on deaf ears when the Facebooks settings are fixed to Public! Unfortunately, as is usually the case, what might be said in jest isn’t necessarily what has happened. But the “proof” is there and there’ll be explaining to do.

There’s a lot to be said for putting things in writing in the context of a relationship breakdown, it can help avoid any misunderstanding of the spoken word and ensure what has been agreed between individuals is in black and white.

But the problem with instantaneous and electronic forms of communication is that people don’t really think before they act and then the damage is done. There’s no chance to pull back. Unlike spoken words they don’t disappear into the air and because they don’t, it’s a sad fact that in a large proportion of cases, more often than not involving children of the family, evidence is available for production to the Family Court whether that be copies of emails, text message exchanges or printed Facebook pages and the like.

Your personal data says a lot about you and can be used in ways that you wouldn’t expect or agree to if you were aware of it. You should protect it.

Do you need some professional advice?

You can have a free conversation with one of our Family Law Panel members near you......